by Six of Swords 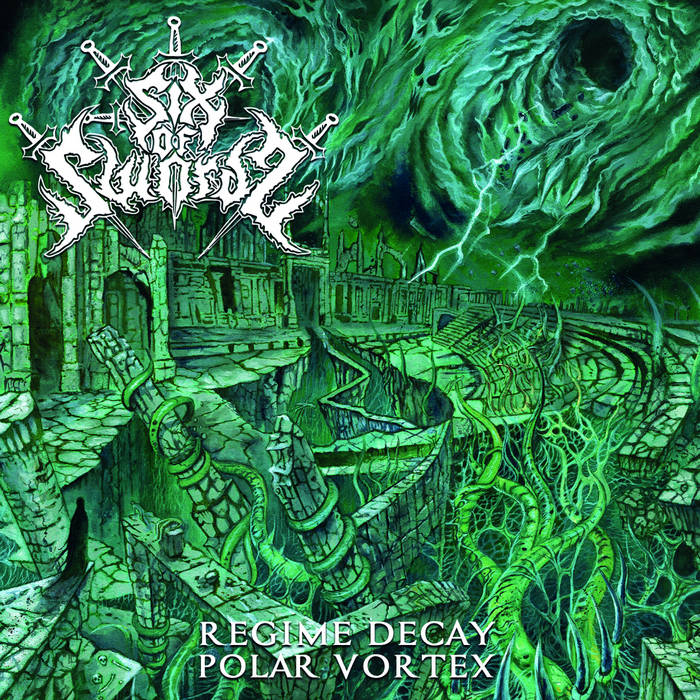 hammerofdoom Hails from Temple of Void!

Kory ONE listen is all it took to purchase a hard copy of this album! I felt every song in my molars! Excellent album! Morbid Angel much?!? Favorite track: Hells Messiah.

I am your father’s brother’s nephew’s cousin’s former roommate I had heard of these guys a few times before, but never bothered to give much of a listen. I regret that.
more...

"Regime Decay, their brand new album, finds the band honing in on the slower and groovier elements, channeling influence from classics like Morbid Angel and new-school up-and-comers like Gatecreeper, while still bringing it fast and furious when the moment calls for it. Regime Decay is an absolutely monstrous collection of death metal, and we’re positive you’re going to love it too."
- Metal Sucks
www.metalsucks.net/2018/10/16/album-stream-six-of-swords-regime-decay/

"...Six Of Swords firmly staying on the slow, sludgey side of DM while stepping into mid-tempo turf occasionally (parts of “Hedonistic Gluttony”), the victories massive, the sound huge and enjoyable, things really starting to click for this young band."
- Bravewords
bravewords.com/reviews/six-of-swords-regime-decay

"This record is wedded to the corpse of early to mid 90's old school DM and is all the better for it"
- Sludgelord
thesludgelord.blogspot.com/2018/11/review-six-of-swords-regime-decay-ep.html

"Six of Swords delivers chilling death metal. This four track EP is a sinister combination of sincere savagery and new school approaches to old school death metal. The production is thick and heavy, but accenting each portion to bring a dynamic vision of this grizzly panorama of sound."
- New Noise Magazine
newnoisemagazine.com/album-review-swords-polar-vortex-ep/

"...playing like a little brother alongside the savagery displayed by Bloodbath, with the vocals notably similar to Peter Tagtgren on Nightmares Made Flesh. “Separation at the Seams” could be a B-side plucked from that album, while the title track spasms throughout its length like a freshly hewn corpse.."
- Invisible Oranges
www.invisibleoranges.com/six-of-swords-polar-vortex/

Bandcamp Daily  your guide to the world of Bandcamp